WisDOT has made no mention of how to mitigate proposed greenhouse gas emissions that will increase as a result of the I-94 East-West Corridor expansion project. At a time when climate change threatens Wisconsin’s way of life, this omission is glaring. 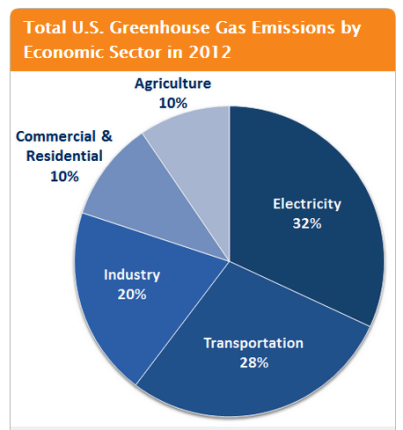 In Wisconsin, the transportation sector is the second largest and fastest growing source of climate change inducing greenhouse gases (US EPA, 2012). Specific climate change threats to Wisconsin include warmer and drier weather, decreases in the water levels of the Great Lakes, inland lakes and streams, increases in water temperature (lowering water quality and favoring warm water aquatic species); changes in ecosystem and forest composition; increases in droughts and floods (impacting crop productivity); and reduction of snow and ice cover (WDNR and Public Service Commission of Wisconsin).

The DEIS does reference methods to reduce GHG emissions (pg 3-177) “Currently, the major way to reduce emissions of greenhouse gases from transportation is to reduce the amount of fuel consumed. This can be accomplished by reducing congestion (more efficient driving conditions), reducing driving, and more fuel‐efficient vehicle.”

There is however no attempt to quantify any GHG increases that would occur as a result of the project although there is an acknowledgement that the project would increase emissions (pg 3-176) “While there are no accepted quantitative tools to estimate greenhouse gases at the project level, vehicles using the I‐94 East‐West corridor can be expected to contribute to greenhouse gas emissions within the region.”

An online literature search revealed that there were in fact several tools available – including estimates of GHG emission increases per mile of highway added. WisDOT has not developed strategies to actively reduce driving on the corridor as a method to reduce GHG and particulate matter emissions. 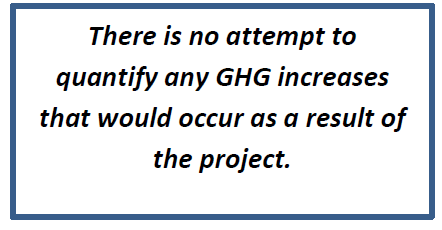 Instead, it claims to reduce emissions through congestion relief from capacity expansion. A 2007 study by Sightline Institute found that adding just one mile of highway lane would increase CO2 emissions by more than 100,000 tons over 50 years. Any reductions achieved by congestion relief would be completely eclipsed by increases in driving.

Other studies [29] found that capacity expansion leads to additional vehicle travel from induced demand – a phenomenon explained through basic economic theory: adding capacity decreases travel time, in effect lowering the “price” of driving; when prices go down, the quantity of driving goes up [30].

It is likely that upon expansion, the number of vehicles using the corridor could go up, even if overall driving in the region continues its downward spiral. The study found that some communities have actually reduced highway capacity in order to reduce carbon emissions, and found that there was no noticeable increase in congestion due to fewer drivers choosing to use the selected corridor. 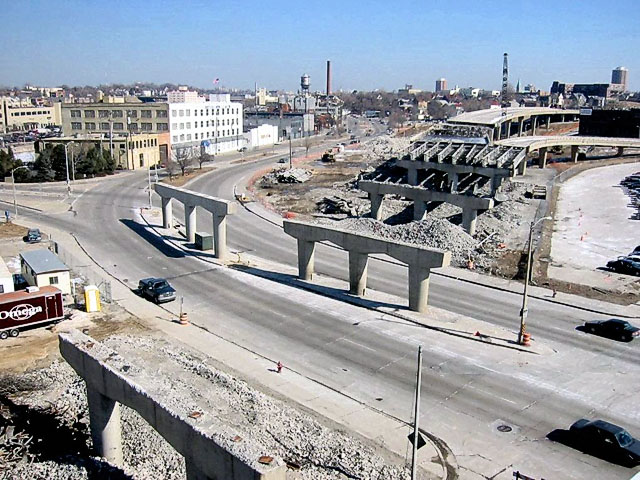 This effect was even seen in downtown Milwaukee, when the Park East Freeway was removed in 2003. There was no increase in congestion, and the local street grid proved capable of absorbing any diverted traffic (Syracuse Metropolitan Transportation Council, 2013).

It is likely that because of the induced travel effect, capacity expansion has limited potential as a strategy for reducing congestion or GHG emissions, and actually increases air, water and noise pollution. For a project of this magnitude that deals with one of the most heavily trafficked corridors in the state, a lack of GHG emissions analysis is a surprising omission – and one that could have severely negative implications for the state’s environmental goals.