Reason 4.  General revenues are not appropriate for funding highway expansion.

The federal gas-tax has not been changed since 1993, causing major shortfalls in the Transportation Fund as increasingly more efficient vehicles use less gasoline. These shortfalls in gas-tax revenue are being paid for by the state, often by raiding the general fund. In the latest budget request by the governor, an additional $23 million is to be transferred to the Transportation Fund from the General Fund, causing basic services like healthcare and education to compete with transportation for funding.

Local governments are forced to increase property taxes to generate revenue for the maintenance of local roads – when instead they are entitled to user-generated fees from the transportation fund. 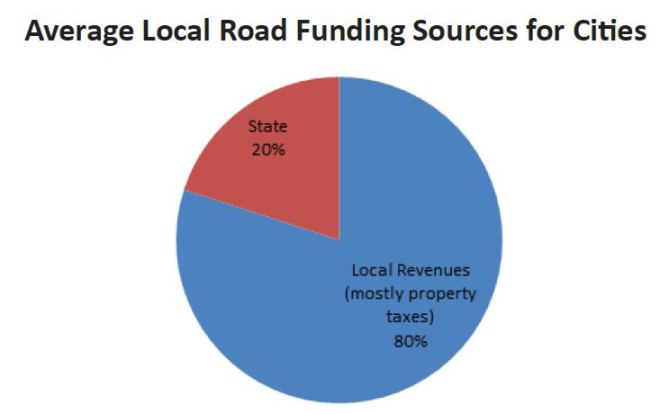 At a time when America is driving less and the transportation fund can barely provide for the maintenance and rehabilitation of existing roadways, the state is spending millions of dollars from the general fund and through debt financing to increase highway capacity. These infrastructure upgrades, which the people of Wisconsin neither want, nor need, will lead to several millions of dollars in maintenance costs down the line. In addition to the direct costs involved in building roads, there are several social costs from accidents, congestion, pollutant emissions and parking – which are hidden and artificially subsidized by society at large.

It is patently unfair that the state, already subsidizing road users to the tune of several million dollars a year, also raids the general fund to build a transportation network that is neither economically, nor environmentally sustainable. A truly multi-modal network, will invest equally in all modes of transportation that focuses on accessibility and the movement of people, instead of just increasing automobile throughput.

Who Really Pays for Roads in Wisconsin? Click HERE and find out!

See Reason 1, Reason 2 and Reason 3 and check back Monday for the next reason why WISDOT budget needs to change.