Reason 6.  Why spend more on highways when all other aspects of government are being cut?

The recent budget proposed by the calls for funding cuts to public schools, healthcare, and local governments. However, funding for transportation is up – with the majority of the funds going towards costly roadway infrastructure improvements which demographic information show, are neither necessary nor desired by the people of Wisconsin. This is similar to the previous budget as shown in the graph below, where road-building continued to be provided disproportionate state funding. 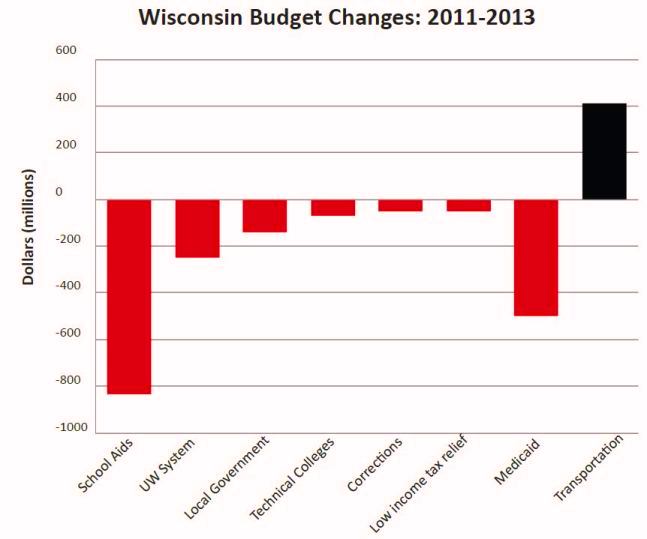 In the 2013-2015 biennium, the governor proposes to transfer $23 million from the General Fund to the Transportation Fund making services like education, healthcare and corrections compete for funding from a smaller pool of money – while continuing to fund unnecessary highway expansions. It is true that transportation funds have been declining due to more efficient cars paying the same flat rate on the gas-tax, however, with Americans driving less, more investment needs to made in a multi-modal transportation network – and not focus exclusively on cars and driving.