Reason 7. Borrowing on our future.

Wisconsin has taken on increasing debt to pay for new highway capacity. The percentage of Transportation Fund revenue that comes in from bonding has skyrocketed over the last decade – and has created a fiscal crisis. It is estimated that by 2023, the transportation fund will be spending 25 cents of every dollar on repaying debt. 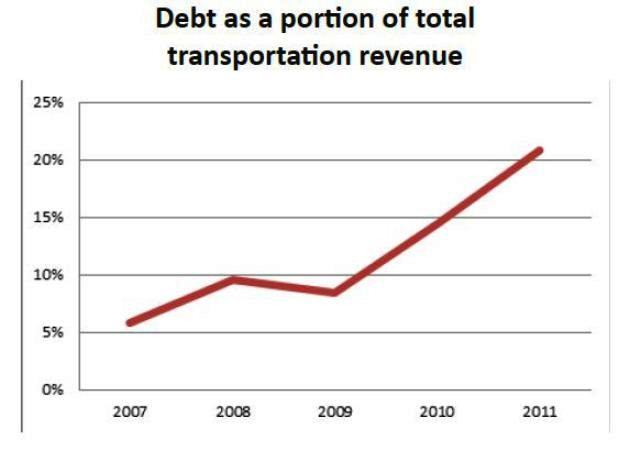 Taking on debt to pay for increased highway capacity does not make financial sense for the following reasons:
• In addition to large repair and maintenance costs in the future, building more roads has diminishing returns on every dollar spent. At a time when people in the state are driving less, increasing highway capacity creates roads which are underutilized, financially draining and degrading to the environment.
• Public transit, bike and pedestrian facilities have been proven to stimulate the economy and return a much higher rate on every dollar spent. According to a WisDOT study, every $1 spent on public transportation provides $3.61 in economic returns to the state. 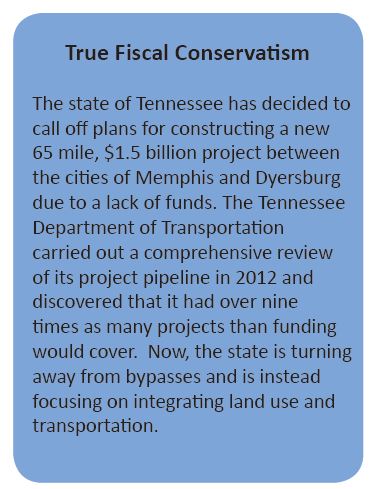 Worsening the situation, WisDOT does not look at the entire cost of a project and instead only estimates the planning, design and construction expenses. Future expenses for maintenance and repair are not considered – creating a cycle of financial drain. The annual repair and maintenance costs of a highway are fairly easy to calculate – and these should be added to the capital cost projections over the entire life cycle of a highway, which is typically between 45 and 60 years.

Instead of carrying on this pattern of spending which has become increasingly unsustainable, the state must carry out a thorough review of every highway project in light of data which shows that Americans are driving less each year.